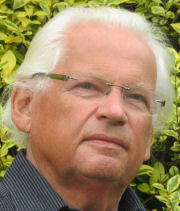 Born 1951 in Zwickau; until retirement 2016 holder of the Teaching Chair for the theory and history of popular music and director of the Center for Popular Music Research at the Humboldt-University Berlin; research focus: rock music and youth culture, history of popular music, music as industry, sound design and history of music production. He studied musicology in Berlin until 1974 and got his PhD there in 1980 with a thesis on the aesthetics of popular music; 1986 second PhD (Habil.) as Dr. sc. phil.; from 1974 to 1992 Assistant, respectively Assistant Professor at the Institute of Musicology at the Humboldt University; 1988 Adjunct Research Professor at the Department of Music, Carleton University, Ottawa, Canada; 1992 appointed as University Professor to the Humboldt-University Berlin. He is one of the founding members of the International Association for the Study of Popular Music (IASPM); IASPM Secretary-General from 1987 to 1993; 1986 to 1992 European Director of the International Communication and Youth Culture Consortium of UNESCO. He is the editor in chief of PopScriptum (Online); member of the Editorial Boards of the journals Popular Music (Cambridge University Press, Cambridge / New York) and Popular Music History (Equinox Publishing, Hastings), member of the International Advisory Boards of the Journal of the Royal Musical Association (Taylor & Francis, London) and the Norwegian Journal of Musicology Online (University of Agder, Kristiansand); from 1991 to 1996 member of the Editorial Board of Cultural Studies (Routledge, London / New York); member of the Advisory Board of the International Institute for Popular Culture, University of Turku, Finland. He belonged to the presidency of the Cultural Political Society of the Federal Republic of Germany in the years 1993 to 1997 and is since 1998 member of the German Music Council.